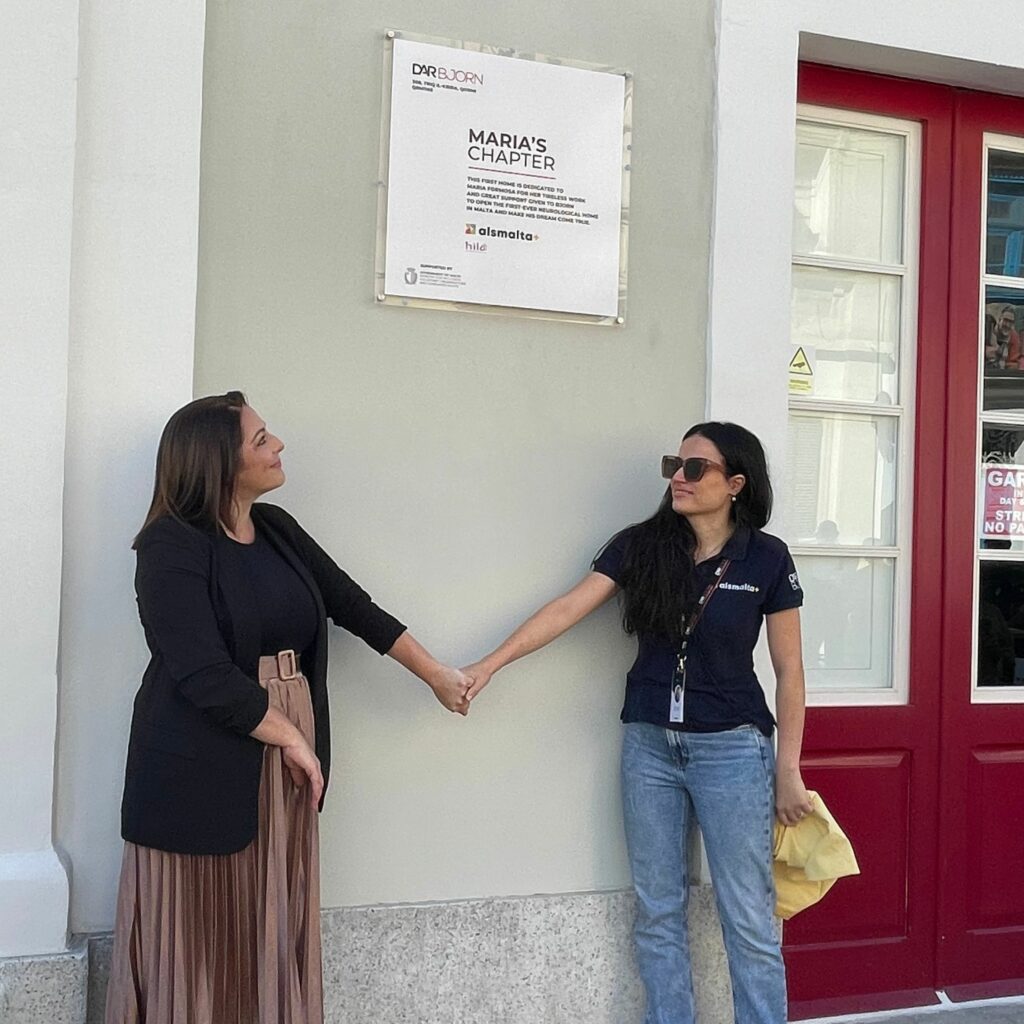 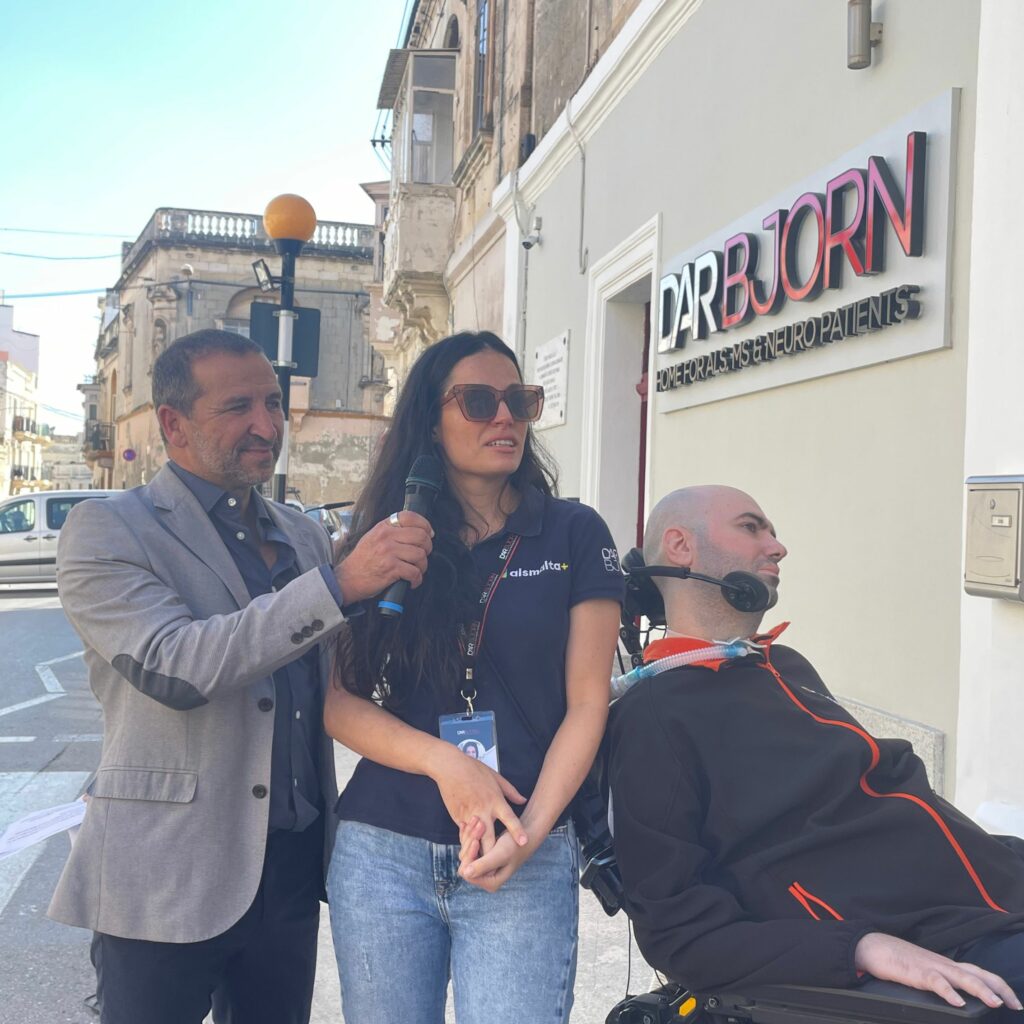 Today was a special day for DAR Bjorn, its residents and founder Bjorn. On this day 5 years ago, the first ever home for people with neurological conditions was opened in Qormi by ALS Malta’s Bjorn Formosa.

It was a wonderful celebration from all aspects, the atmosphere, the cause and the people involved made the event truly beautiful. Following Bjorn’s recent recovery in hospital, he was admitted once again last week for an operation which luckily was a success. He was released yesterday just in time to celebrate the 5th year anniversary of DAR Bjorn – 5 years since he had realised his dream.

Present at the celebration was Bjorn, his wife Maria, Hon. Julia Farrugia Portelli, Natalie Briffa, Dr.Joseph Massini, Peppi Azzopardi, Peter Busuttil and all 13 residents of DAR Bjorn. The home houses patients suffering from various conditions such as ALS, Parkinson’s, Huntington’s and many more. After opening its doors in 2017, DAR Bjorn has given patients a sense of dignity and their families peace of mind and seeing the large volume of people requiring these services, a second DAR Bjorn will be opening its doors in the coming months.

Nothing but words of praise were given to Bjorn and his wife for their hard work. Qormi’s Mayor reiterated the positive effect this home has had on the town and its residents and how it is serving as an asset to our community. Meanwhile, Julia Farrugia Portelli shared a personal story saying how important DAR Bjorn is as it gives its residents dignity and comfort. Peppi Azzopardi also spoke, praising the people closest to Bjorn and how much their help is valued, he ended by saying that Bjorn is the brains of the home while Maria is the heart.

Last but not least, a special surprise as the new plaque was revealed dedicating the home to Maria Formosa for her endless hard work and unconditional love. Maria was visibly moved and Bjorn dedicated DAR Bjorn, the first ever home of its sort in Malta to his wife who has been by his side since day 1. Titled ‘Maria’s Chapter,’ the plaque thanks Maria for her “tireless work and great support.”

It was truly a day to remember – an emotional celebration supporting a great cause. 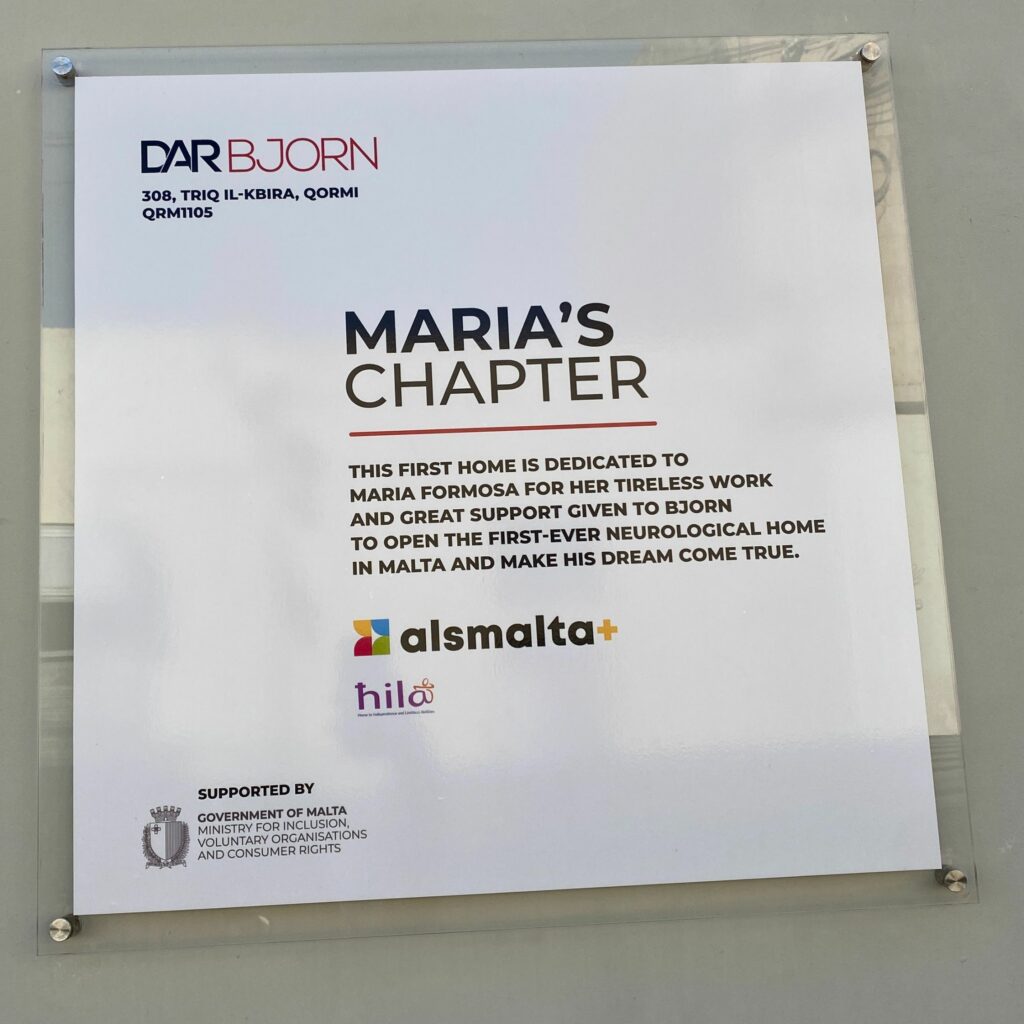 We aim to assist the current national neurological population with a state-of-the-art solution.

it's home-made and it's delicious... a must try th